Back in 1836 when John Deere moved to Grand De Tour, Illinois to escape imminent financial doom in Vermont he opened a 1,378 square foot shop which allowed him to act as village repairman. Deere also sold several tools to locals such as pitchforks and shovels. But the item that Deere is perhaps most famous for is his self-scouring steel plough, which he developed from a Scottish steel saw blade. Prior to Deere's innovation, farmers ploughed Midwest plains with iron or wood ploughs that required frequent (time consuming) cleaning. Deere’s smooth-sided plough solved this conundrum and increased not only efficiency but immigration to the American plains in the 19th and 20th centuries. Deere made farmers more productive because his plough cleaned itself automatically, or artificially as the saying goes.

Nearly 186 years later, artificial intelligence or AI for short, has promised to make businesses more efficient and customers happier. Happier customers spend more money, and this is music to the ears of company founders, investment funds, and to highly skilled workers. But if John Deere was reluctant to accept that his self-scouring steel plough would change the nature of farming, then he would doubtlessly let out an incredulous gasp if he saw what was coming straight for you: 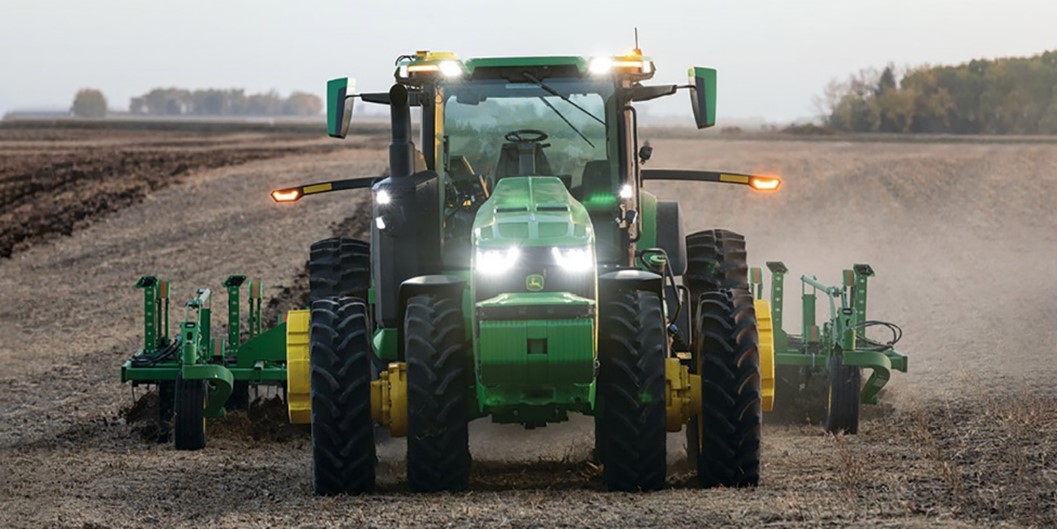 [This tractor is not parked; rather, it is coming right for you as evidenced by the wake of dust. But have no fear, this particular tractor knows you are there.  Dystopian science fiction or a sign of human progress? That can be debated later. What is not at issue, however, is that the nature of work will change.]

This year, John Deere is set to release its fully autonomous tractor. A paradigm shifting technology it its own right, but frankly one of several percolating in the underbelly of the economy.  As the application of AI strikes a better balance between consumer applications and broad-based industrial and commercial applications, companies such as John Deere are examples of how American ingenuity and innovation are helping domestic businesses further dominate their chosen niches. And dominate they shall. But what about human tractor operators and the future of work itself? When you think about the innovation John Deere himself brought to farming in the 19th century, you might not directly link it to AI, but you should. Like the self-scouring steel plough, AI will raise productivity, create more specialized job functions, and increase the importance of subjective skills sets such as good judgement. Tomorrow’s commercial farmers are likely to continue coming from “traditional” farming backgrounds, but they are also likely to be equipped with education that would not look out of place at an engineering firm or a biotech company, not to mention the sort of computer literacy that would have mystified their predecessors.

As laptops and smart phones replace traditional farming attributes like muscle power and the tenacity needed to wake up at the crack of dawn day after day, one may question what impact this may have on the farming labour force, the distribution of prosperity among farmers and the nature of farming work itself. Horace Brock, a widely regarded academic economist who consults to our firm, maintains that technological developments have always caused people to lose their jobs. However, Dr. Brock goes on to counsel that theory and empirical evidence make clear that an equal and offsetting number of new jobs get created and often at higher wages. The technological automation of 1980 to 2020 caused millions to lose their jobs - yet the unemployment rate in 2020 was at a record low of just 3.5%. Indeed, this may be the case over long periods of time, and for the overall economy. But misery is sure to accompany those either unwilling or unable to adapt.

What’s more, an uneven distribution of economic prosperity is not just a moral quandary past generations would have encountered, it’s something we come face-to-face with each day. Ultimately, AI will change the nature of work in certain industries, such as medicine, by making doctors and nurses more effective at treating disease and able to connect with their patients more frequently and in real-time. Yet, it will almost surely exact a hefty toll on industries relying on standard routine such as retail bank branch staff or businesses that replace live support personnel with automated call centres. Recently, Royal Bank’s flagship head quarters at 200 Bay Street was sold to Amancio Ortega, the billionaire behind the Zara clothing chain. With many bankers today working from home or mobile offices, added to ever-increasing shared use of corporate offices, this was a decision that both made financial sense and made sense as a movement forward along the path to innovative workspaces.  The life of a banker, much like the life of a farmer, involves a greater connection to technology than ever before. Computer algorithms manage the loan portfolio or weather conditions and even forecast things like interest rates or soil aeration protocols.

Closer to my industry is the application of computerized trading algorithms in finance. Do trading-based AI platforms contribute to an elevated or artificial level of volatility in the stock market?  I would argue that the deeply controversial answer to this is yes. But unlike harsher critics of AI platforms in trading, my own view acknowledges that while such programs very definitely contributed to the May 6th, 2010 “flash crash”, they do have a role to play when ultimately guided skilled (human) managers. In particular, and in our own hedge fund vehicle, we recently increased the allocation to programmatic, market-neutral trading algorithms, which tend to perform better in listless, range-bound environments, and this is indeed one of our near-term base case scenarios for the broader stock market. Does this change the nature of my work environment, for instance requiring me to hold an advanced degree in mathematics? Quite simply, the answer is no. However, like all dedicated asset managers, I do have to be cognizant of the broader market environment and have the experience to know when to hand things off to the “algos”.

One final vignette from my own world concerns autonomous vehicles for passenger use  versus agricultural use. We were recently pitched by a group looking to raise equity capital for just such a project. During the due diligence process, I learned that rather than replacing human drivers in services such as Uber or Lyft, drivers are simply re-positioned into centralized command hubs. But it really isn’t all that simple. The command centres for autonomous vehicles are deeply specialized and resemble the desk of air traffic controllers. Rows of computer banks and dozens of monitors command the attention of operators who were traditionally operating the vehicles directly. And so, to that extent the nature of the job has changed and changed dramatically, from one involving knowledge of the rules of the road and the safe physical operation of a motor vehicle to one of a technician who simply programs the vehicles to achieve a certain pre-defined task, like picking someone up at point “A” and dropping them off at point “B”. But also interceding in situations where an autonomous vehicle is unable to deal with a given situation, such as a partially visible stop sign. The law and job of driving remain as they always have, but AI has changed the nature by which the driving gets done. 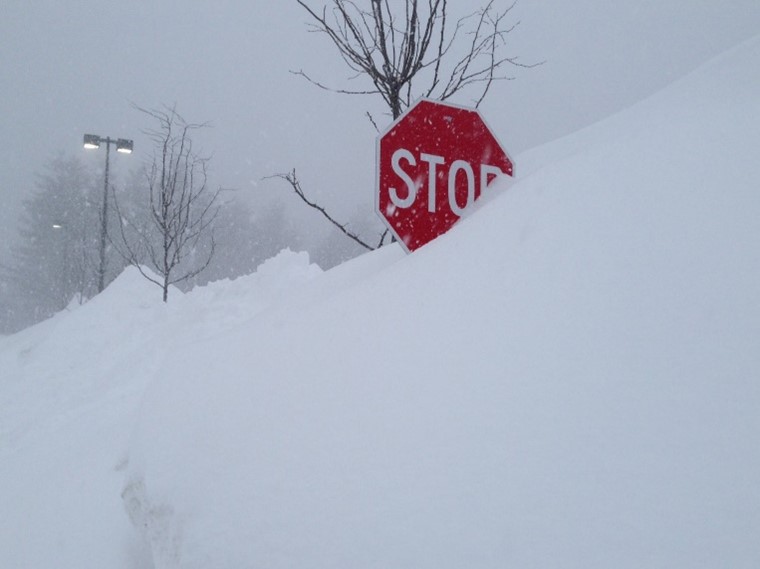 [This stop sign is only partially visible, yet the law requires all drivers to stop. Would an autonomous vehicle powered by AI know what to do in this case? The answer is yes, but only after “checking in” with a human operator.]

Mechanical, industrial, and technological revolutions are of course far from new. Whether railroads and factories replaced horsepower or manpower, or computers replaced cognitive processing power, such revolutions have always occurred parallel to changes in the workplace itself. Proponents of AI, and of innovation generally, offer that it is inescapable progress towards a richer and more productive society replete with lower prices on goods and services, and greater employment opportunities for educated labor. A grimmer view is that AI contributes to a widening wealth gap and class stratification. Grimmer still is the idea that if more and more cutting-edge technologies that are now only percolating through the economy make it to the mainstream, then the workers displaced by these technologies will be less likely able to transition seamlessly into new jobs that pay the same.

Thus, the future of work, for those who can find it, will be very different looking than the past, and the world of agriculture offers just one example. AI will change the future of work since technology and innovation in general have always changed work and always re-distributed the fruits of work’s labour. Workers won’t do much of the work being done behind the scenes because they will spend much more time analyzing and synthesizing data from algorithms better suited to repetitive tasks. This will require a more skilled and educated workforce, but above all a more adaptable set of employers and governments who can deal with the fallout of AI that’s, dare we say, too intelligent. If you have any doubts that AI is and will continue to shape the future of work, consider this. At the John Deere website, you can quickly find the company’s senior leadership team, which includes the usual assortment of public company executives that you might expect along with one you might not, given John Deere is ostensibly a manufacturer of farming equipment and other heavy machinery, and that is a CTO or Chief Technology Officer. Not only is Mr. Jahmy Hindman one of John Deere’s most senior executives, but also deeply qualified. Mr. Hindman holds a bachelor’s degree in mechanical engineering from Iowa State University, as well as master’s and Ph.D. degrees in mechanical engineering from the University of Saskatchewan. His doctorate focused on the application of artificial neural networks in heavy-equipment applications.

You might not need a Ph.D. in the workplace of the future, but it will likely prevent you from feeling like a deer in the headlights. 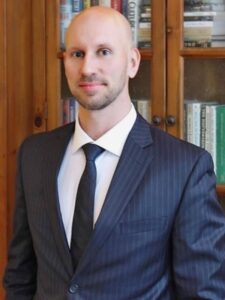 Joe has 20 years of investment experience and graduated from the University of Toronto. Joe’s day-to-day responsibilities involve overseeing all aspects of MacNicol’s Alternative Asset program.